I was a founding member of Samara, Airbnb’s innovation lab led by Airbnb founder Joe Gebbia and launched in 2016. I named the initiative and established and evolved its voice.
‍
As a member of Samara leadership, I provided creative direction for multidisciplinary projects including Backyard, Airbnb’s home building and construction initiative, and Episodes, Samara’s character-driven, multimedia marketing campaign.

A samara seed is often referred to as a helicopter, whirlybird‍, or, in the north of England, a spinning jenny. During the autumn months, they are a popular source of amusement for children who enjoy tossing them in the air and watching them spin to the ground.

The shape of a samara enables the wind to carry the seed farther away than regular seeds from the parent tree. 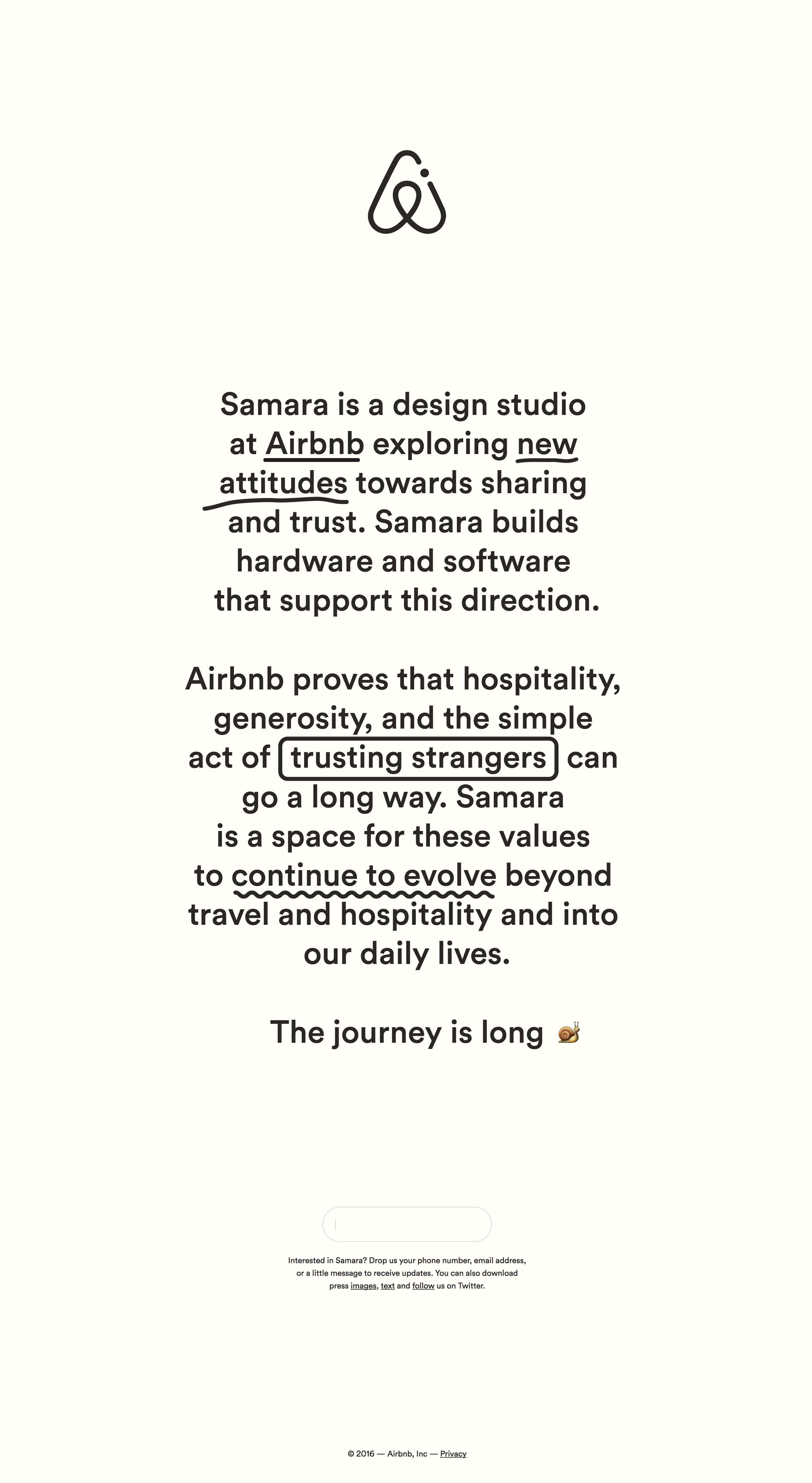 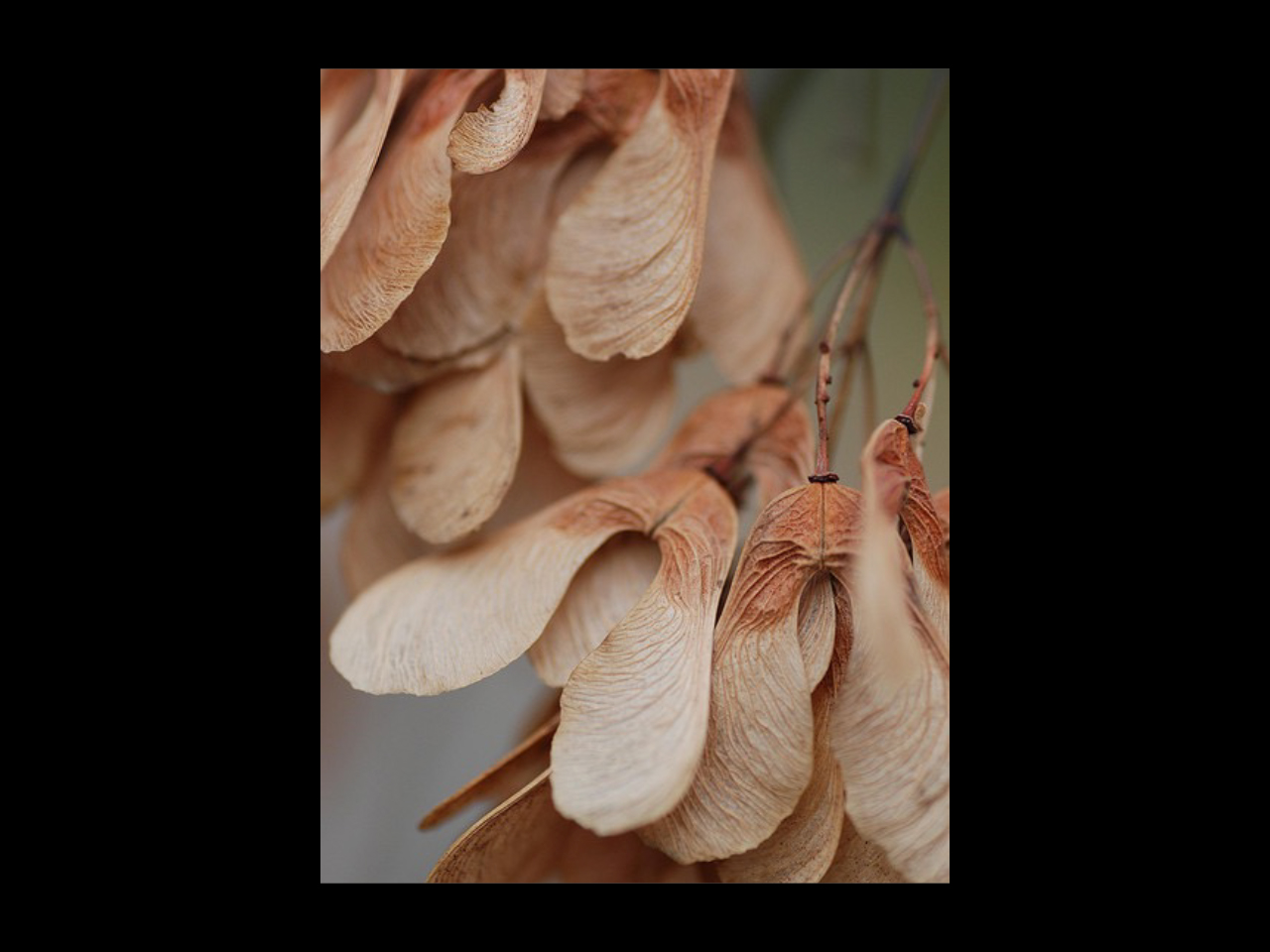 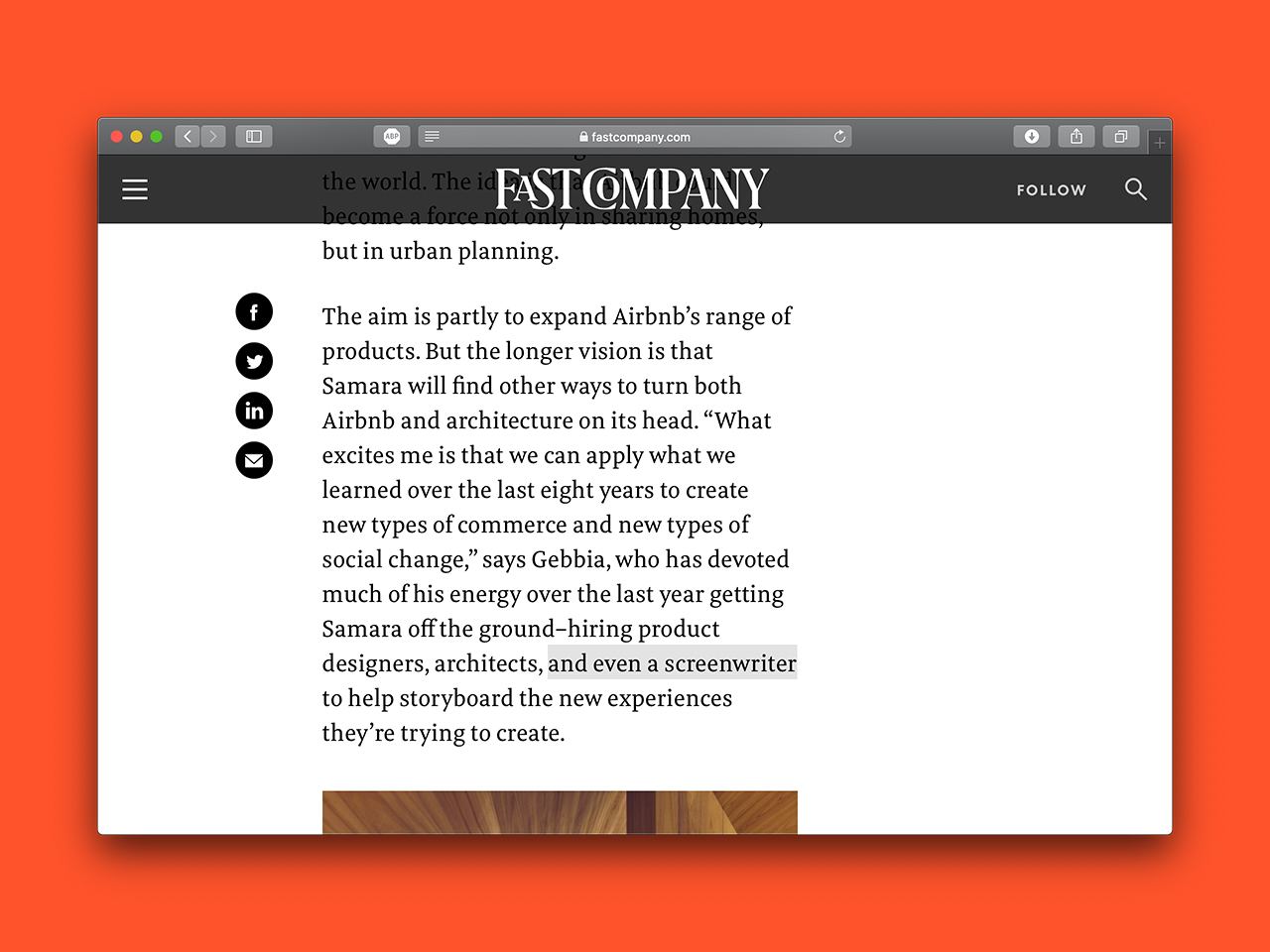 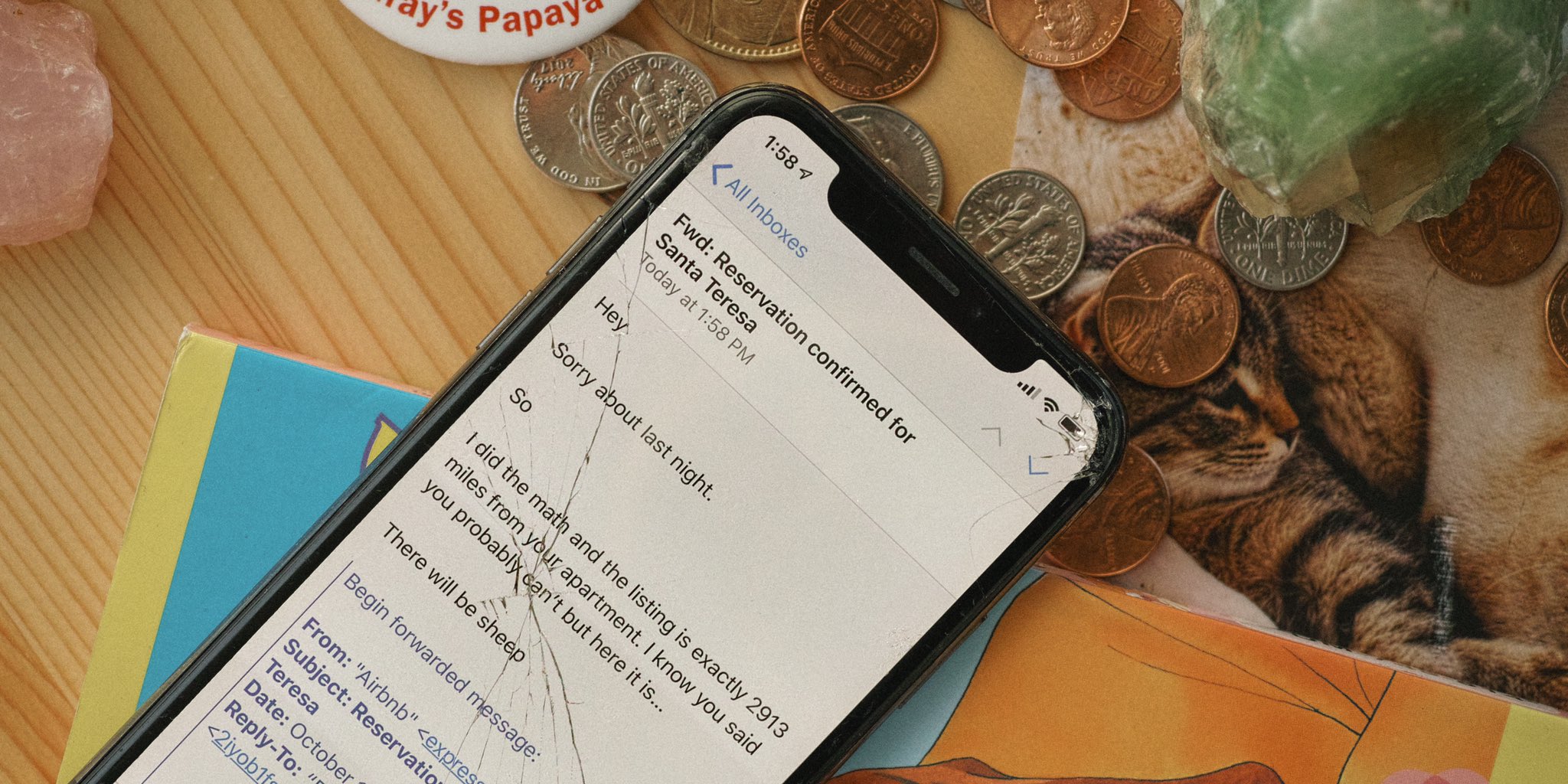 Samara’s episodes were designed to set the stage for Backyard and other projects under wraps without giving too much away. Developed in traditional writers room fashion, the episodes were multimedia, character-driven narrative vignettes that premiered once a week on Samara’s website.

Season 1 follows Alix and Hana on an emotional writing retreat in the fictional town of Santa Teresa, CA, where they've booked a month-long stay in a Backyard unit owned by their mysterious host, Dolly. 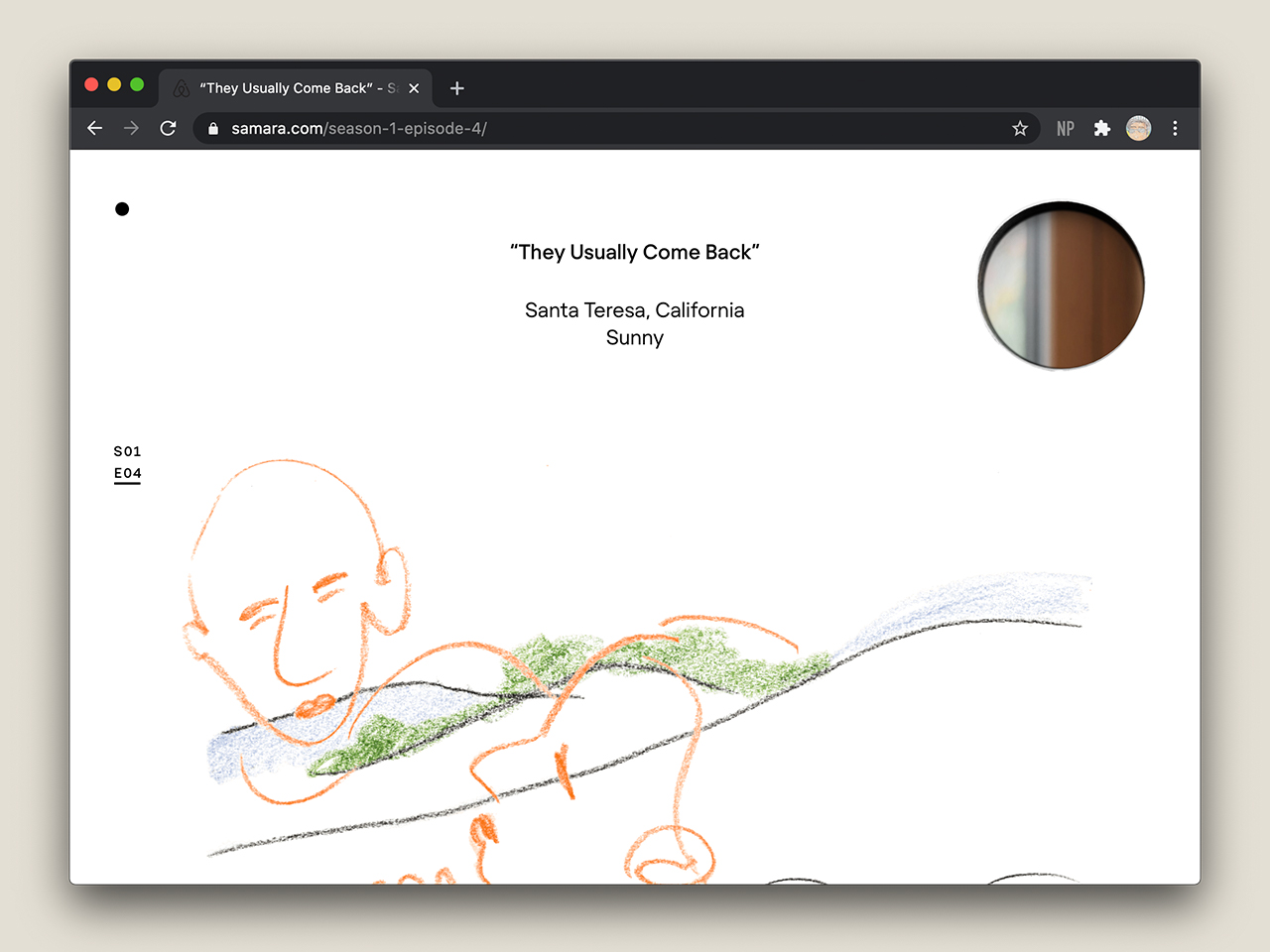 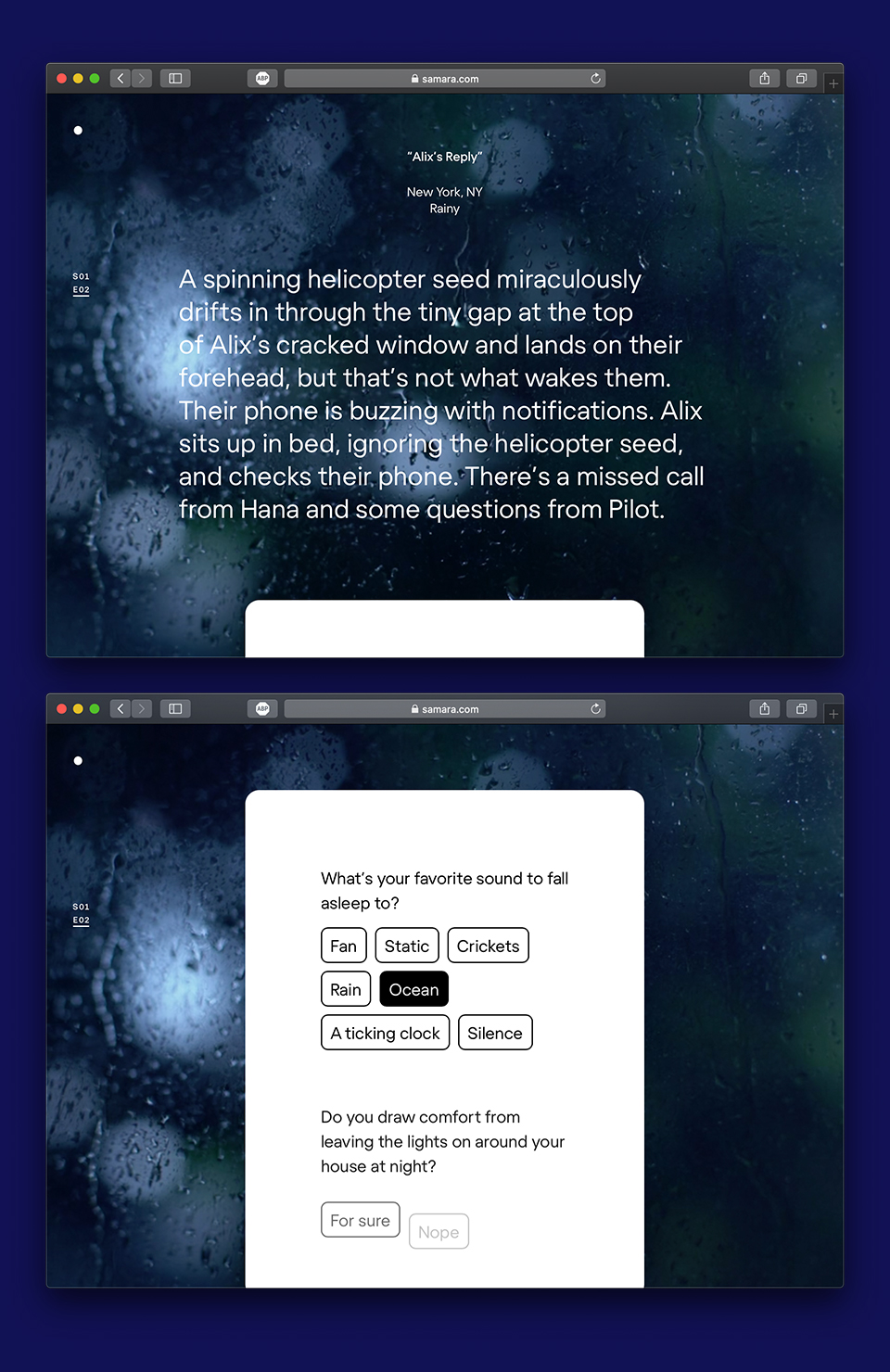 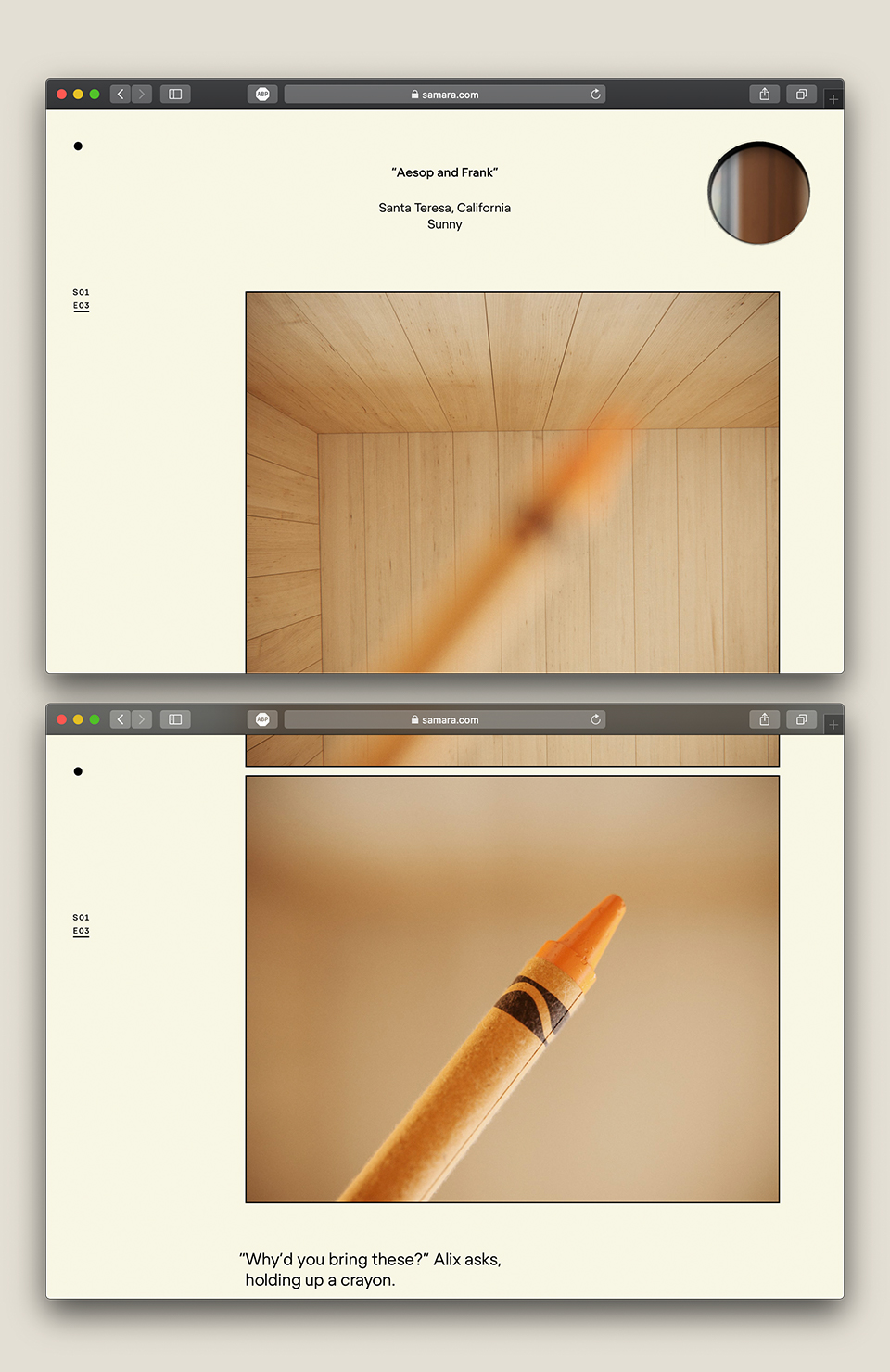 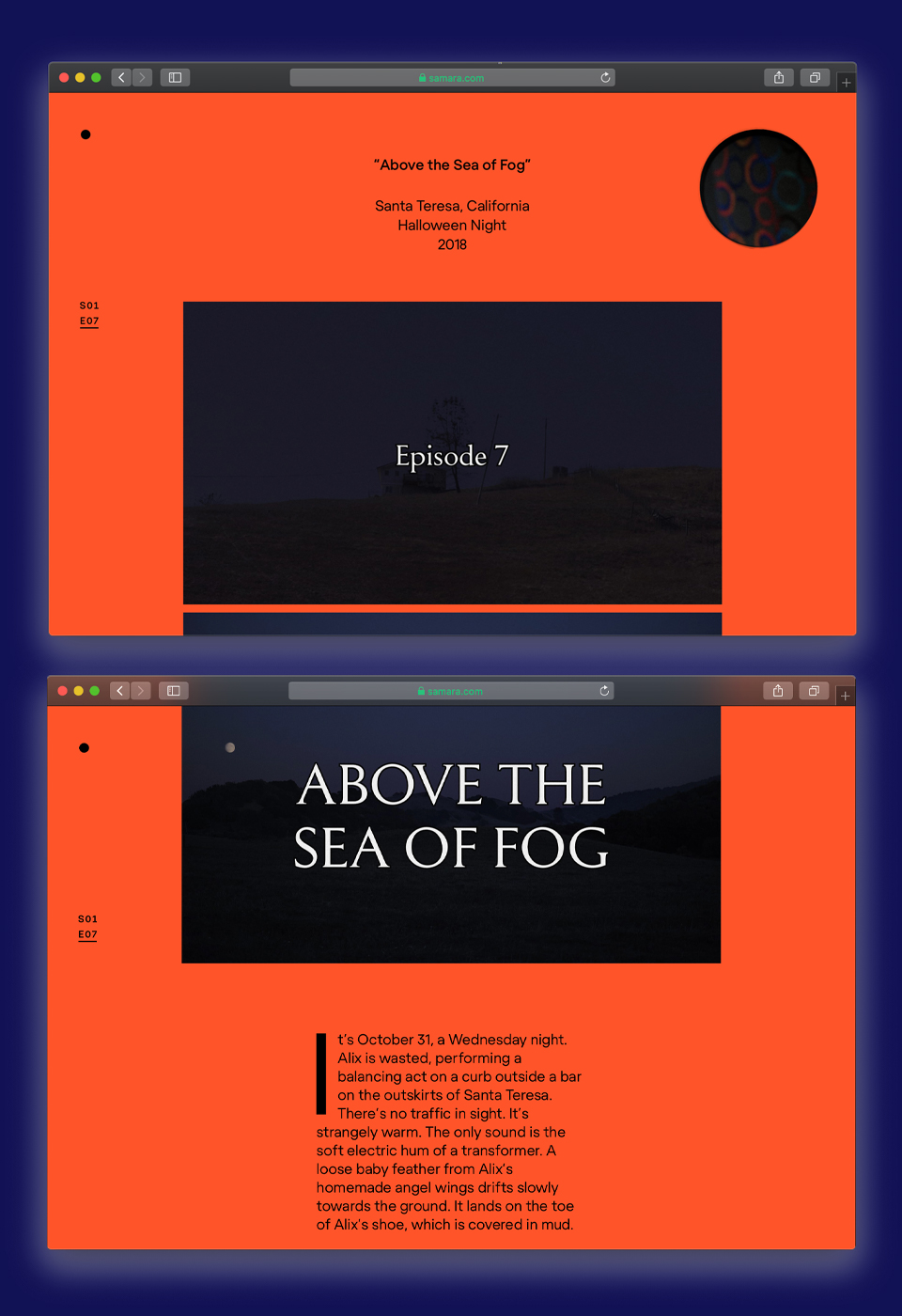 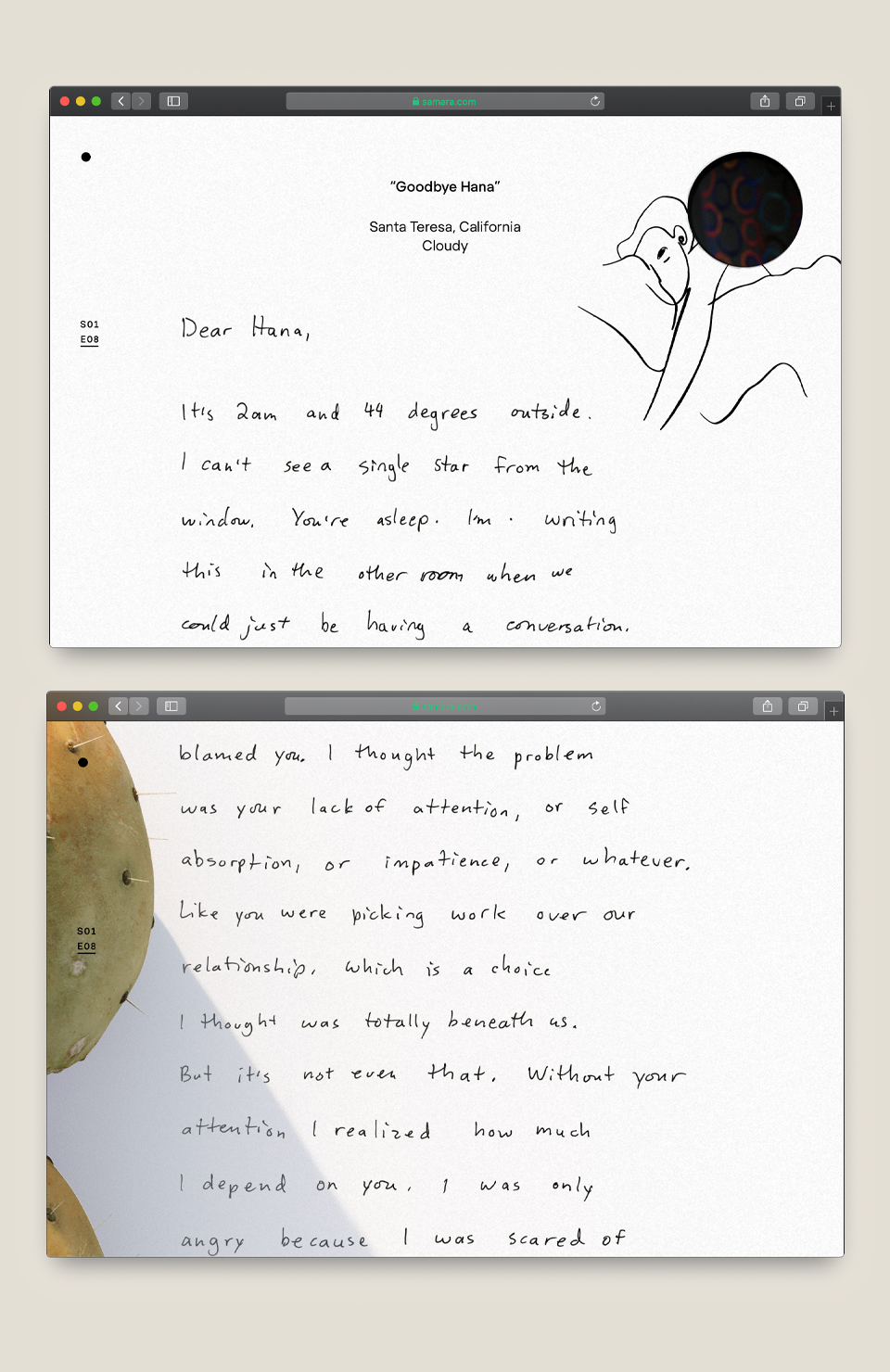 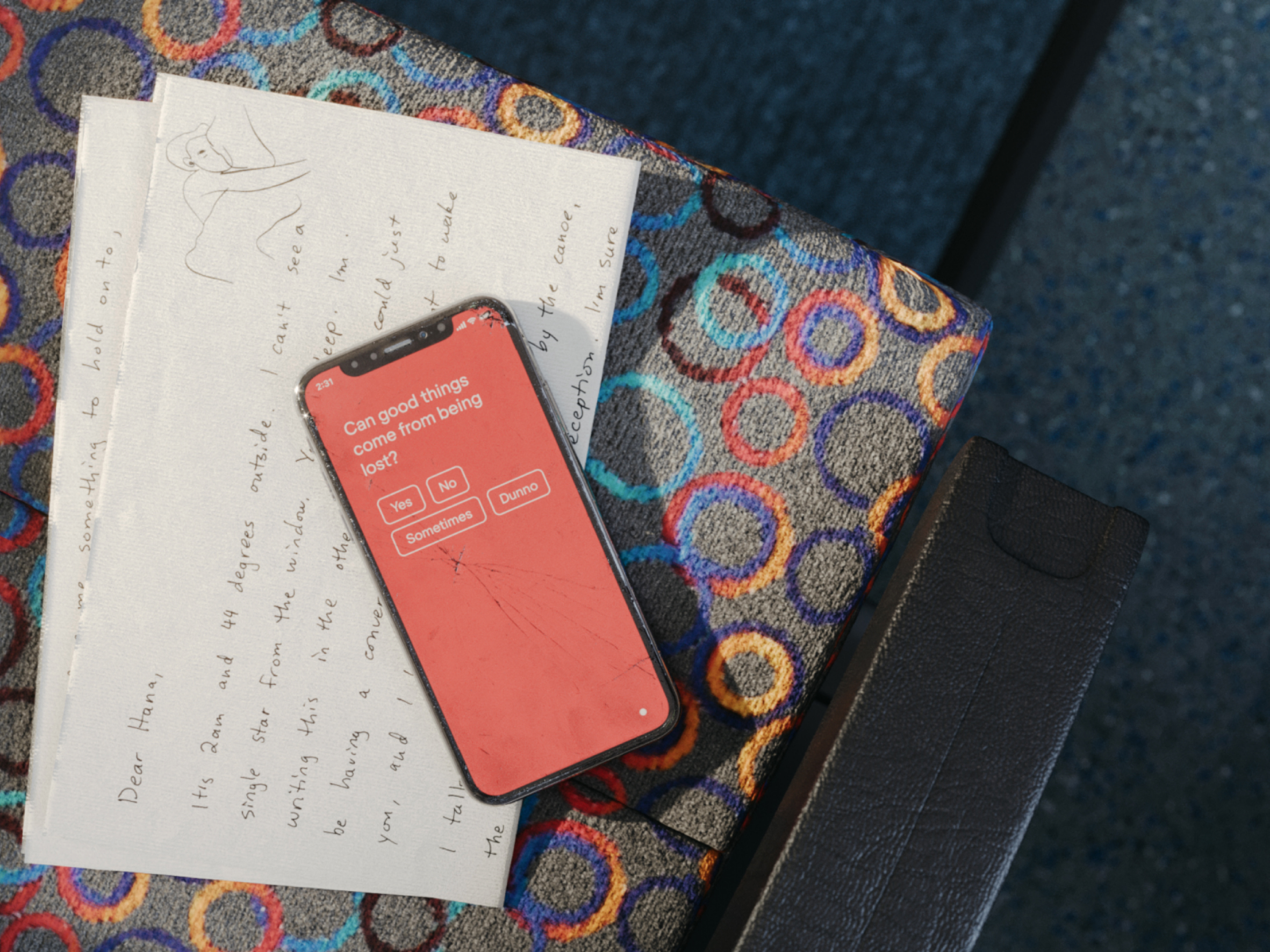 Backyard is an initiative to prototype new ways that homes can be built and shared, guided by an ambition to realize more humanistic, future-oriented, and waste-conscious design.

It investigates how buildings could utilize sophisticated manufacturing techniques, smart-home technologies, and vast insight from the Airbnb community to thoughtfully respond to changing owner or occupant needs over time. 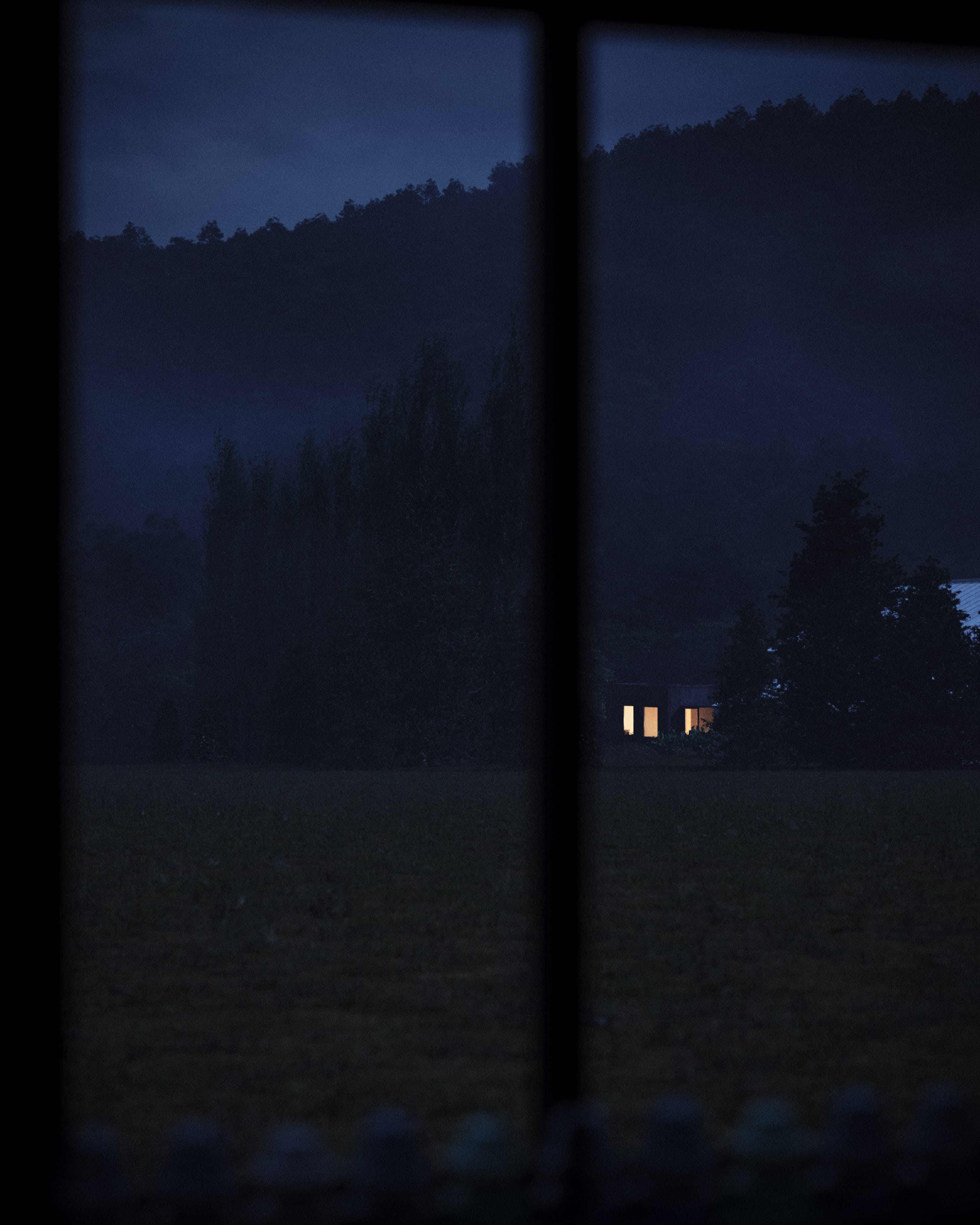 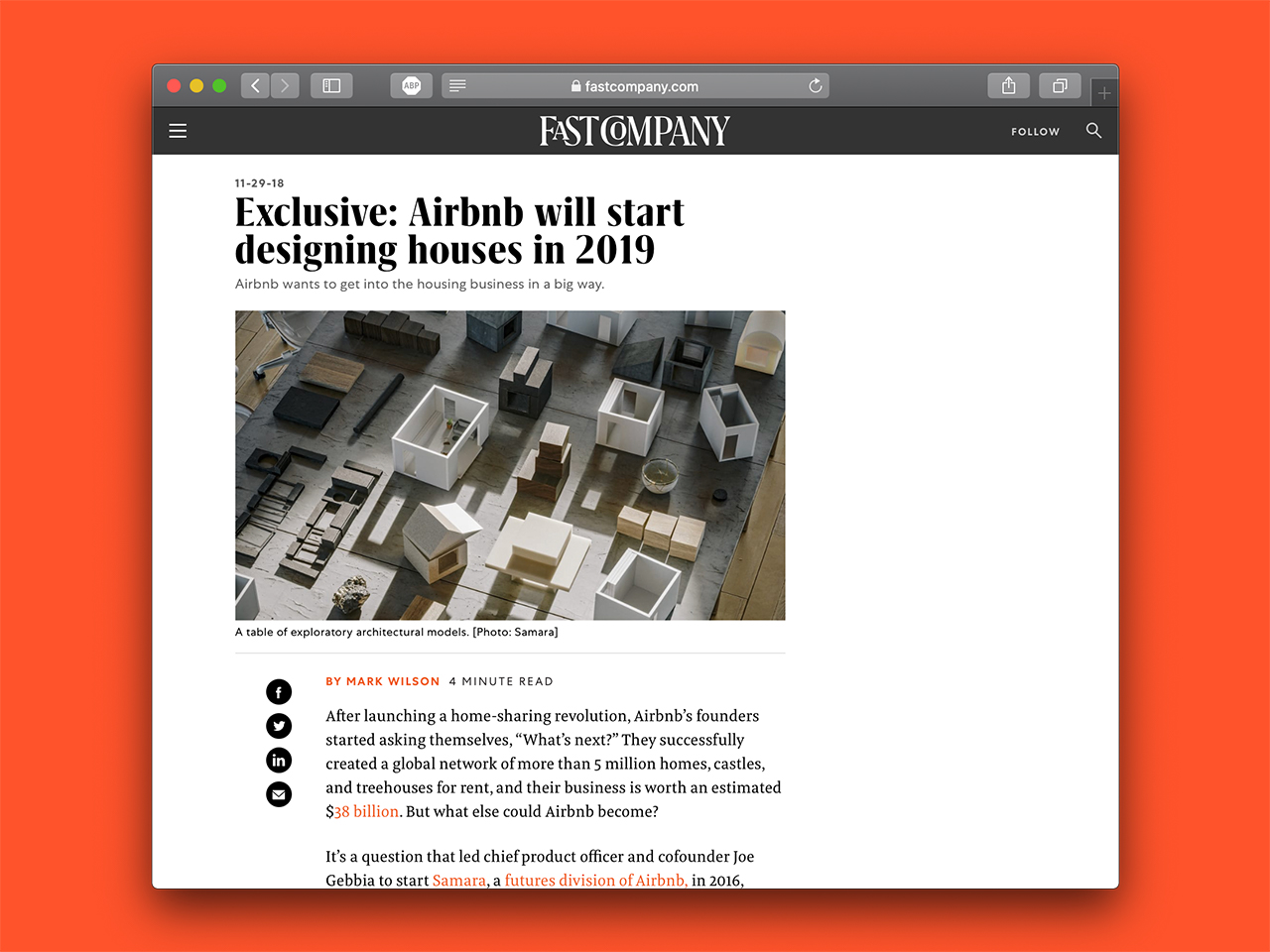 What would an Airbnb ad look like in 2030? Intended to air during the big game, I wrote and directed this video in response to that burning question.

Dolly’s is Airbnb’s first foray into narrative filmmaking. Shot in one of Samara’s Backyard prototypes, the film adapts the narrative between Alix, Hana and Dolly established in the episodes. 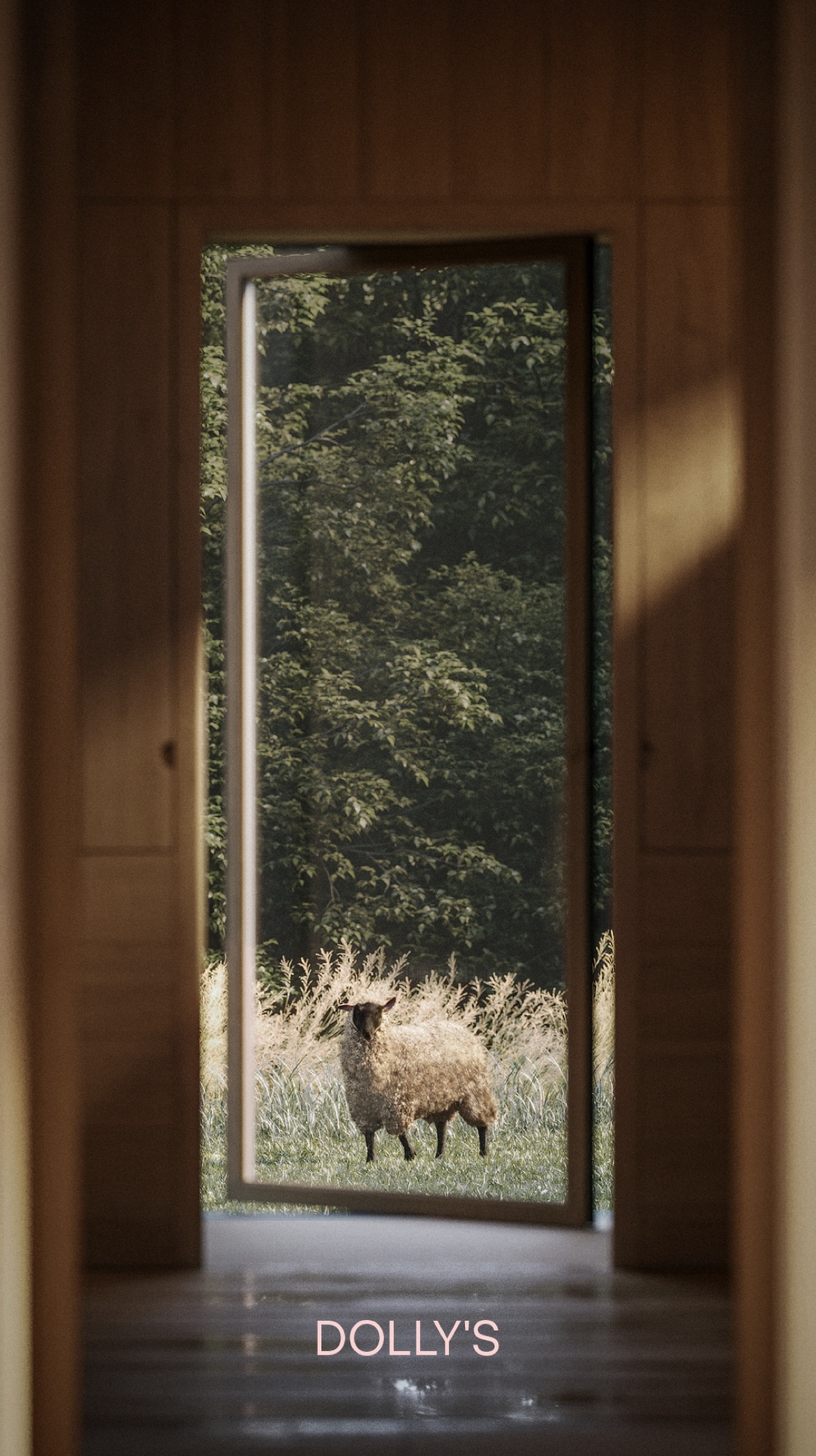 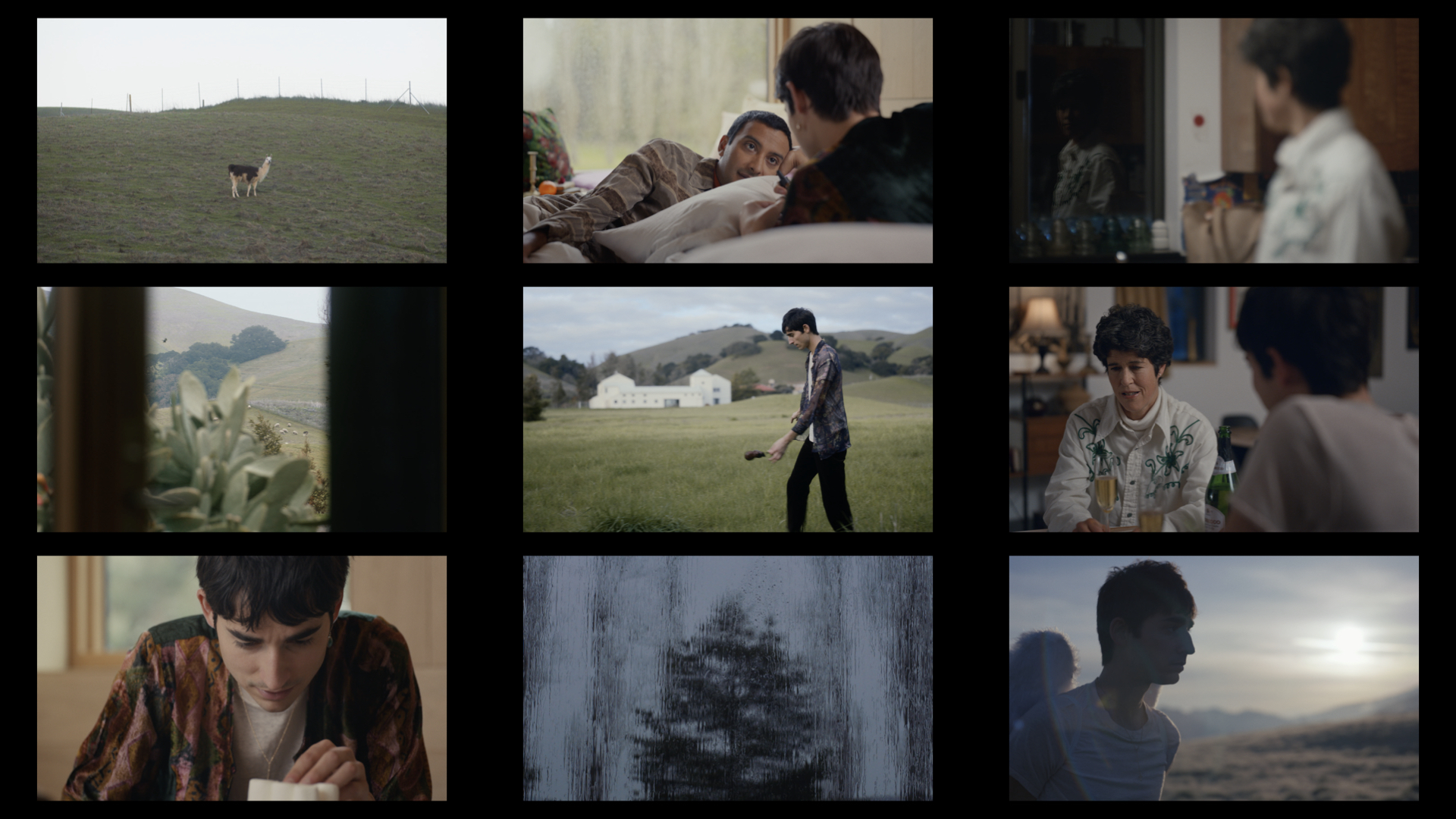